EptZone is the brainchild of Sophie Langdon, professor of violin at the Royal Academy of Music for over 20 years and one of Britain's leading violinists. 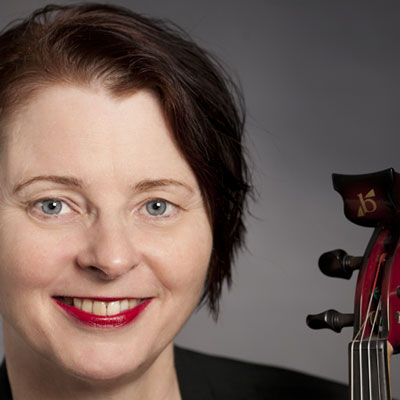 Sophie Langdon's career encompasses concerto performances and recordings with many major orchestras - the BBC Symphony Orchestra, BBC Philharmonic, the Royal Philharmonic, the Philharmonia, the Berlin Radio Orchestra and others. Recordings for Chandos, Naxos and ASV were released to great critical acclaim.

The roots of EPT

Some 30 years ago she had begun using visualisation and meditation techniques to cope with a busy lifestyle and intense concert schedule, and serendipitously discovered that they improved her preparation for and performance at concerts. When she later began teaching she found that these techniques worked well for those of her students who suffered from severe stage nerves.

In the late 1990s, Langdon began practicing yoga (she is currently completing a yoga teacher training). She discovered that the stretching and breathing exercises complemented her meditation practice and further enhanced her ability to relax, prepare and perform. Over the years she has refined this to develop an integrated programme designed for musicians and aimed at bringing mind and body into the right state for preparation and performing.

2012 saw the inauguration of Langdon's Enhanced Performance Techniques workshops. She has run EPT Pathway courses regularly at the Royal Academy of Music and has also taught EPT skills at annual visits to the Southbank Sinfonia.

Now with the eptZone website she is making her EPT skills and practices available to musicians everywhere.